Strict Standards: Static function Image_Editor_Modifier::get_default_meta() should not be abstract in /home/content/20/5087220/html/blog/wp-content/plugins/gutenberg/lib/image-editor/class-image-editor.php on line 294
 Reviews | The Jeep Guru
Skip to content 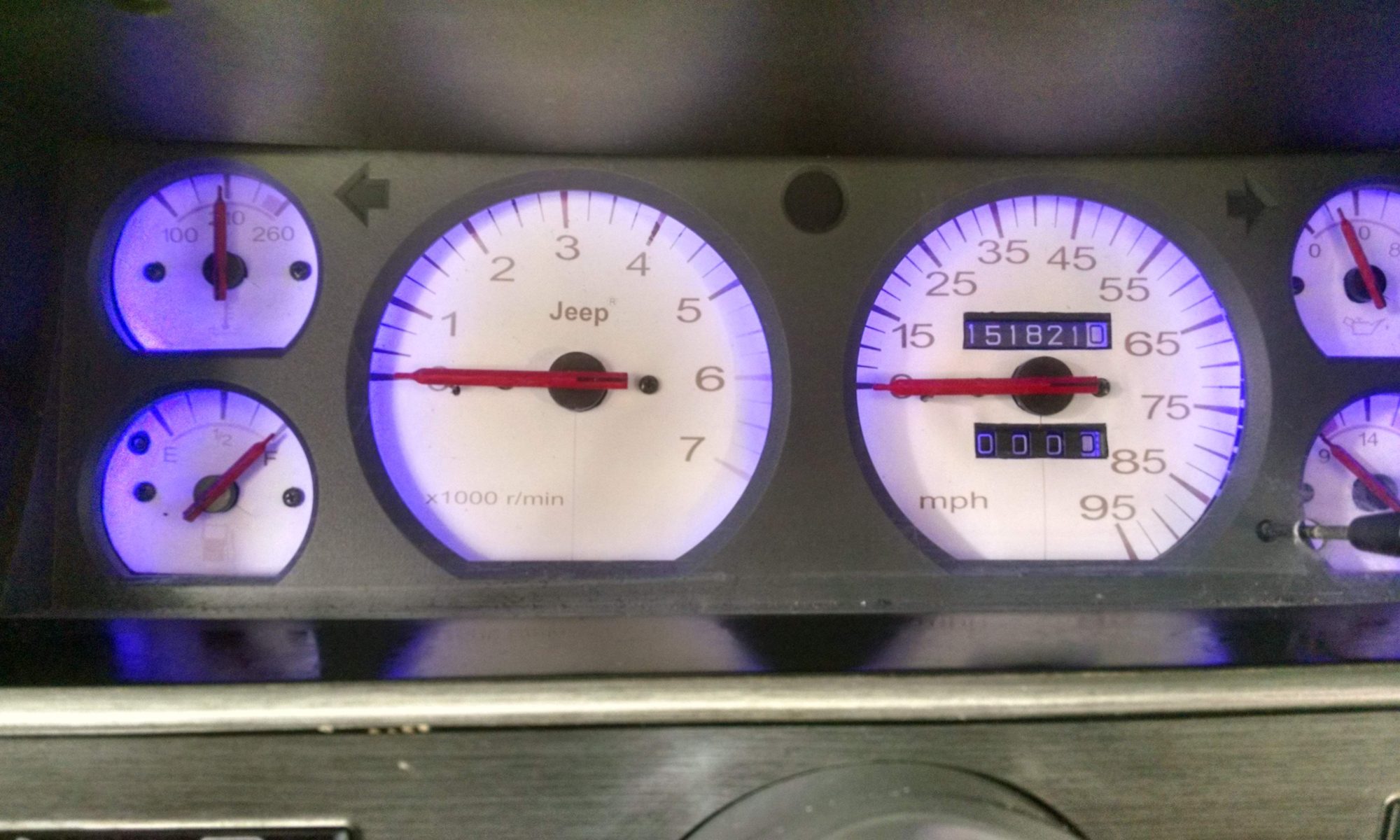 I recently swapped in a used cluster to replace mine where the odometer had stopped working. The bulbs in it were pretty dim. I decided to try using LED bulbs.

END_OF_DOCUMENT_TOKEN_TO_BE_REPLACED

Food Is Good or F.I.G. for short is a new Southern Bistro in Cleveland, Tennessee. I found out about it through a friend on Facebook and then researched to see if they had a Facebook page for more information. On their Facebook page I also found a link to their website with their menu and hours.

In late October I finally had the opportunity to go eat at Food Is Good, which is located at the corner of Stuart Road and Old Tasso Road next to Jumpin’ Junction. My friend and I were warmly greeted before we even walked to the door. We were quickly greeted by our waitress and seated promptly.

Our waitress handed us a plain black and white printed menu and to my disappointment they were out of the Roast Beef for the day. I instead chose the fried chicken with mashed potatoes and turnip greens. For dessert I had the peach cobbler served with ice cream.

I have to say the food was absolutely awesome. All the food was very flavorful, especially the turnip greens, they were the best I have ever eaten!

Our waitress often checked on us and refilled our water glasses. She even encouraged us to take the menus to share with our friends and family. My friend had the fried chicken sandwich with the seasoned fries and absolutely enjoyed her meal as well. I had the opportunity to try some of the fries and they were very delicious.

The F.I.G. Southern Bistro has great food, but be prepared for the prices. For both meals for my friend and I as well as dessert for both of us and gratuity the cost was $35. As great as the food was this will be a place I might visit every now and then.  I will definitely recommend to others in the Cleveland area if they are looking for a place to eat real southern home cooked food this is definitely a place to consider.

Since the movie Magic Mike came out in movie theaters I was curious about it but not enough to go watch it. I had some family and friends go see the movie and they thought it was good. I figured though it may have been because Matthew McConaughey and Channing Tatum are in it.

Then my sister asks me if I would return a movie to Red Box since I live in the city. It turns out it was the Magic Mike movie. Of course she asks me if I have seen it and I tell her no. She tells me if I want to see it I am welcome to watch it then return it for her, but she warns me to make sure the kids are not around when I am watching it.

I definitely agree that this is NOT a movie for children, much less teenagers to see. The movie was good, however there was a lot more sexual innuendoes that I expected for the movie. The biggest surprise was one penis scene. I would say there was more crotch grabbing in this movie that probably would have put Michael Jackson to shame. Expect a lot of sexually explicit talk and nudity as well.

It almost seems as if the movie was hanging by a bare thread with its rating though. If you are open minded and into movies that have some great looking guys then this is a movie you will probably like watching, without kids around.

Anytime someone is considering flying and they are looking for the best deal the first thing I recommend is Southwest Airlines. This is especially true when it comes to unaccompanied children. When my brother and I were kids anytime we had to fly it was with Southwest. Then when I had to make the decision to have my kids fly back from their grandpa’s house in Texas, I did not hesitate getting tickets for them.

The last week of October I had to make a quick trip to Texas. Since it was during the week I did have to fly out of my local airport which does not have Southwest, but I knew on my way back home I would definitely be using them. I was able to make reservations two days prior to leaving out and I still got a great price.

I will admit that flying out of other Airline carriers was not the best choice. Their planes were smaller and you couldn’t stand up on the airplane without bonking your head. Plus you have to pay for luggage and have an assigned seat, which someone took mine. I also had to walk out on the tarmac to get to the plane, something I had never done in my life.

I had never flown into Atlanta on Southwest since it has only been several months since they started service into Atlanta. Typically I would fly to Nashville or Birmingham. Why I chose Atlanta this time is that it is the closest to home by an hour.

Using Southwest was a very easy process at least at Houston Hobby. Checking in the person at the counter was very friendly and helpful. When we were in the process of boarding the plane all the Southwest employees were very warm and friendly. My grandfather chose to sit by the wing which is also where the emergency exits were. One of the flight attendants asked him as well as myself if we were willing to be the ones to open the emergency exits should there be an emergency. As we were preparing to fly to Atlanta, another flight attendant came and stood in the mid section to do their routine demonstrations of the seat belts, emergency exits, oxygen masks and the like.

Overall I will say the employees of Southwest were much more pleasant and friendly than the other airlines we flew on days before. I am one to first and foremost recommend Southwest not just because the first two bags fly free, but that they are typically less expensive and have great service. Because of that I have trusted them to fly my kids back home and I also recommend Southwest to other families who have to fly children unaccompanied to destinations. If you are looking for reasonable flights with great service to get you from point A to point B then I recommend Southwest.

Before starting the summer 2012 adventure of working as a checkpoint worker with The Great Race I worked on a plan on how I would communicate with friends, family and especially my kids once I went into Canada. Our adventure started in Traverse City, MI and went around the Great Lakes in Canada and back into the US in New York before ending in Dearborn, MI.  After looking at a plan for my Verizon iPhone 4 as well as some prepaid phones (as the sales rep at Verizon suggested) I decided I would try downloading the Skype app for the iPhone and try it.

I also added $10 worth of credit to my account

Once into Canada and settled into the hotels I would connect to the hotel wi-fi to make a phone call. Majority of the time the phone calls went through and were clear. There were a few times the calls were dropped which skype would say it was due to a weak wi-fi signal. Usually I would have at least three bars and still received that message. Sometimes there was a delay during the conversations but overall, I was very, very pleased and in fact thankful I was able to talk to my loved ones back in the U.S. for a very reasonable price.

There is a drawback though when you do call someone: your phone number does not show up on their caller ID. So, if you know you are going to use Skype, let your family and friends know ahead of time that an odd number may call  them.

After spending nearly four days in Canada and making about 15 phone calls I ended up with approximately a $4.90 credit.

If you know you will be going out of the country, have an iPhone or another smartphone and you know you will have access to wi-fi I highly recommend using skype. While it is not perfect, it is the best thing to use when you want to talk to those who are important in your life.