Fixing a leak on my trailer tire with a tire plug

On my last trip, I noticed that I had a leak in one of my trailer tires.  I did not spot the injury on the road so I just kept an eye on it and made sure to keep refilling it with air.

END_OF_DOCUMENT_TOKEN_TO_BE_REPLACED

Shakedown run for my rebuilt engine and my first Badge of Honor check-in.

After getting my Jeep back together finally after the engine rebuild, cooling upgrade, and alternator swap, I wanted to take it for a test drive. I noticed that the closest trail in the Jeep Badge of Honor app was Beasly Knob.

END_OF_DOCUMENT_TOKEN_TO_BE_REPLACED 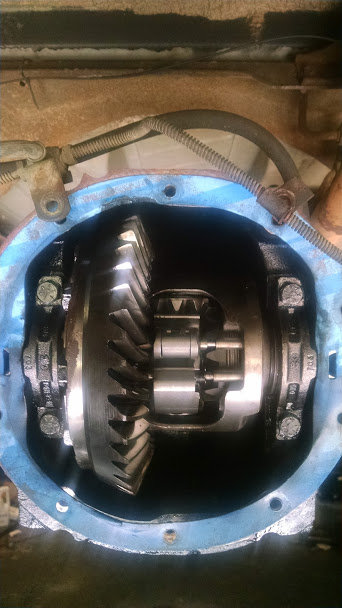 While towing to Track Night at Atlanta Motorsports Park I noticed a strange noise. I kept thinking it was from the trailer or the weight distributing chains.  I stopped several times to the trailer and hitch but kept finding nothing wrong.

END_OF_DOCUMENT_TOKEN_TO_BE_REPLACED

After hauling our Chump Car racer to Charlotte, I felt he current brakes were inadequate.  They are over 20 years old but have new magnets and drums.  Still he same old shoes however.   When they were new, they would lock the wheels easily. Now even with full voltage applied, they will not quite lock even withe trailer empty.

My first upgrade was to install a new brake controller. I got one with a “boost” feature that really helped liven up the old brakes.  However, the instructions boldly said not to use the boost feature to compensate for weak brakes.

I was about to buy new brake shoes when I discovered that for just three dollars more, I could get a whole new backing plate with a new magnet and new shoes installed.  I then decided that since I was getting new plates, I could just put them on the other axle that does not have brakes. Then I would have four brakes instead of two.  I just needed to add new drums to the order.  I also discovered that the non braked axle did not have the mounting flange installed so I had to buy that as well.  So my brake relining job quickly escalated.

When the big box arrived, I began by pulling the rear wheels up on ramps allowing the front axle to hang free.  I removed the wheels and the hubs. I then pulled the rusty U bolts and removed the axle from the trailer.  This step allowed me to carry the axle to the welding table instead of trying to bring the welder to the trailer.

I found the mounting tab fit nicely into a ridge on the spindle like it was mode for it.  I test fit he backing plate and drum to confirm that was the right place.  I had to clean some rust off the spindle surface to make it fit right and to get a good weld. I put a bead around the back on each flange. I made sure it was lined up square with the spring perch.  I used masking tape over ht bearing surface of the spindle to protect it while grinding and welding.

I then reinstalled the axle.  I bought new U bolts but they did not fit so I ended up reusing the old ones. I chased the threads with a die first.

My first glitch came when I discovered the brake plates did not come with nuts.  They were 7/16 – 20 so not something I had in stock.  I made it to Home Depot at 8:58pm to buy some.

The baking plates fit perfectly on the mountings flanges. I then greased and installed the new bearings that came with the new drums. I then discovered the new drums did not come withe a new castle nut washer or key. I reused the old nut and washer and used a new key from stock. I had trouble getting one of the new caps on so I reused one old cap.

Next came wiring.  I was not looking forward to crawling under  the trailer to run wires.  So I spent a few minutes figuring a way to put the trailer on my car lift.  It fits between the post with only an inch to spare.  The arms can’t swing under the frame because they hit the tires.  I ended up using some pipe to span the gap between arms and lifted the trailer that way.  I did not try to thread the wire inside the axle tube although there are holes for this purpose. I just taped it to the outside of the axle tube.

I ran new blue wire from the new magnets to the front of the trailer and used a sheet metal screw to secure the ground side to the trailer frame. I know the instructions say to run a separate ground wire; but the old brakes have been wired this way for over 20 years and they get plenty of current to the magnets.  I spliced into the other brake wire right at the connector.  I may add a switch here later as the front wheels often don’t touch when towing the trailer empty.

A quick test pull showed that the new brakes give me a lot of confidence when towing. It feels much safer now knowing I actually have reserve stopping power and am not using all the brakes just to make a normal stop.

My old homemade brake controller has not been acting right lately.  Leaving Harlan last month somehow it got twisted and the manual activation button got pushed without my knowing it.   It took a few mile for me to figure out what was wrong.  Before I did, one of the magnets was shot as and there was a melted spot in the case. It has been working intermittently ever since.

After some research, I decided on the Tekonsha P3.  The feature that sold me was the Boost feature. This gives a few extra volts when you first hit the brakes to get things going.  Due to the way the magnets work, a little extra voltage at the beginning seems like a good idea.  The P3 also had a load sensor to give voltage in proportion to the braking force as measured by a load sensor. My old one just had a timer that ramped up the voltage.

I ordered from nueratrailerparts.com.   My son works there now so my box said “Hi dad” on it.

As I was sorting out the wires I began by promptly blowing the fuse in the power line. After I found a spare, I was able to proceed.  I may have found the reason why the old was one intermittently working as the wire to the brake switch di not always seem to have contact.  I re crimped it and it seems to work all the time after that.

The P3 needs a brake light signal, power and ground and of course output to he brakes.  I crimped the blue wire to my existing blue wire going to the back of the Suburban.  My 1995 Suburban has a built in blue wire from the factory for the brakes.

The instructions warn about the unit needing a very good ground and power supply, so I sacrificed my seldom used wire for a 2M radio and used it to power the P3.  This wire feeds directly off the AUX power terminal of the Suburban power supply box and has a good ground.

For the brake signal, I just tied into the old wire. I am not sure where it is tied into the Suburban wiring but since it works, I just reused it.

I mounted the quick release bracket to the dash with the supplied self tapping screws. I drilled 1/8 inch pilot holes.

I quickly found out why the unit comes with such a nice storage case.  When the wire is plugged in, the unit is always on.  The only way to turn it off is to unplug the connector.

Set up was simple enough. I just left the voltage set at maximum as it did not lock up on pavement.  I set the boost at level one and it made a very noticeable difference.  I could see gravel spraying off the tires in the driveway but on pavement it worked great.

It took me a few tries to get the reverse lock out mode to activate. You have to hold a button down for five seconds which seems like forever when I am getting ready to back up.