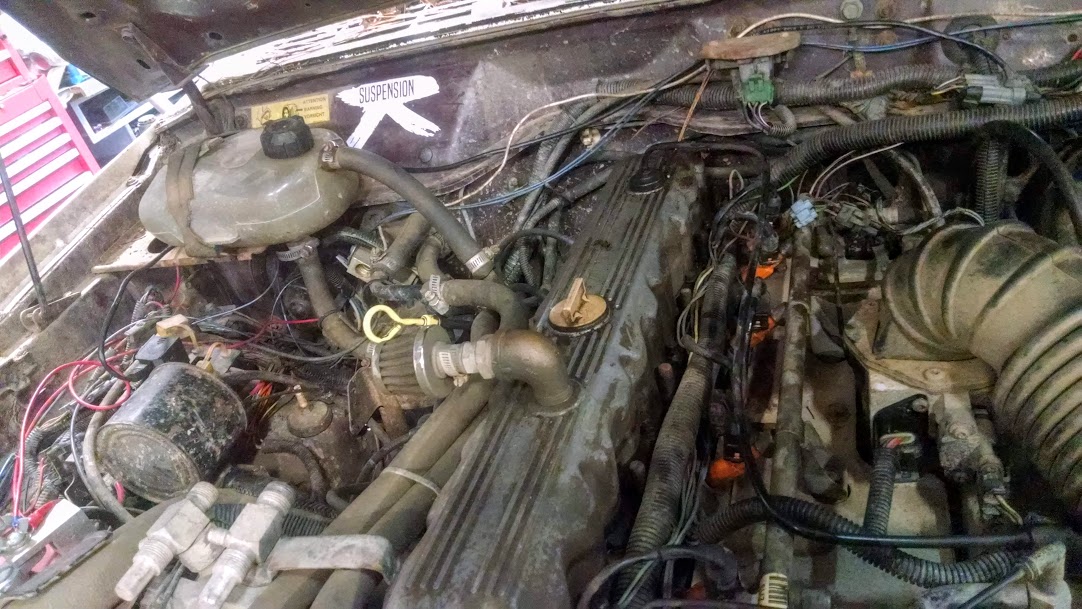 You can see the previous post for the details on how to pull the fuel rail.

I used the REM to check the injectors settings before removing the 24lb ford injectors.  While my engine would eventually get into closed loop mode, it always took a while and often on the trial at low speed it would drop into open loop and run rich.  I saw from my experience with Dad’s Wagoneer, that the 24lbs were just too big for our stroker builds.

I ordered a set of injectors for a 1991 Cherokee. form K suspension.  They had a nice Black Friday sale going on. I think they are 19 lb but I am not sure.

When I first started up the engine I could tell something was just not right.  The engine was running very rich and my carbon monoxide detector started going of fin the shop.  It took me a couple of cycles through the readings in the REM to notice that I had no MAP signal.

I had knocked the vacuum line loose at the throttle body and not gotten it reconnected properly when I put the fuel rail back in place.

With the proper vacuum signal coming to the ECU, the engine started running much better.  I then pulled a battery cable to reset the computer.

On restart, the idle came in quickly and the ECU dropped into closed loop mode almost immediately.  I am looking forward to seeing how it does on the trails now that the computer can actually control the fuel mixture.

Post Views: 886
If you find the information on this website helpful, please consider making a donation of any amount. Thank you for your support.